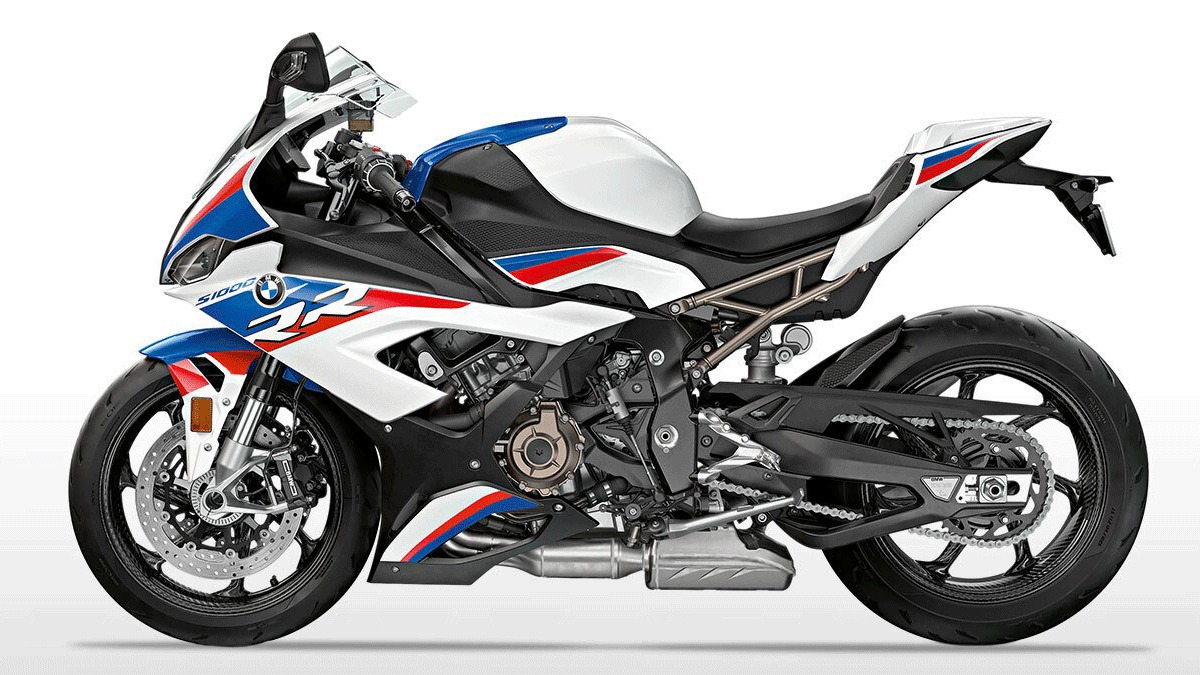 BMW Motorrad has released the New 2023 S1000RR.The Updated Superbike has been unveiled on September 29, 2022 by the German manufacturers. The BMW S1000RR has gained a massive fan following in the Indian market of its outright performance and the technology. The bike has been updated on cosmetic, mechanical and features front for its latest iteration. and The New BMW S 1000RR Price is Rs. 18.50 Lakh To 20.95 Lakhs (Ex-showroom Delhi)

The 2023 BMW S1000RR’s design and philosophy remain largely unchanged. It gets the sharp and race- track-ready bodywork with an aggressive front end housing the split LED headlights. Also, BMW is now offering the front winglets as a standard fitment for the base model too. The windshield too has been slightly taller for a better aerodynamics.

The swingarm now offers an adjustable pivot for better customization based on the rider’s height and comfort while the rear sprocket now gets 46 teeth as compared to 45 teeth on the older gen model.

The BMW S1000RR also gets updated electronic nannies and features slide control, allowing the rider to get into a controlled slide around corners, and also gets a slide . Assist features that lets riders slide the rear into a corner using the rear brake.

Rest all the features like riding modes, traction control, quick shifter and more have been retained. The 45mm suspension too has been revised and the bike now comes with a hill hold, USB charging port, and a pitlane limiter as well.

The power train, as BMW has managed to squeeze out more power for the 1.0-litre motor. The 999cc in line- four now makes 206.7 bhp,2 bhp more compared to the older motorcycle with the help of BMW’s shiftCam technology. The German major has borrowed large intake ports from the M1000RR.

The 2023 BMW S1000RR will be offered in three variants: Standard, sport, and M. The updated motorcycle will make its way to India soon and deliveries are expected to happen sometime early next year. Also, expect the latest BMW S1000RR to be priced higher than the outgoing model as well.

Ans: The S1000RR also trumps the Panigale 1299 to 180 mph by around 2 seconds but loses out to the formidable Ducati Panigale V4 by almost 1.5 seconds.