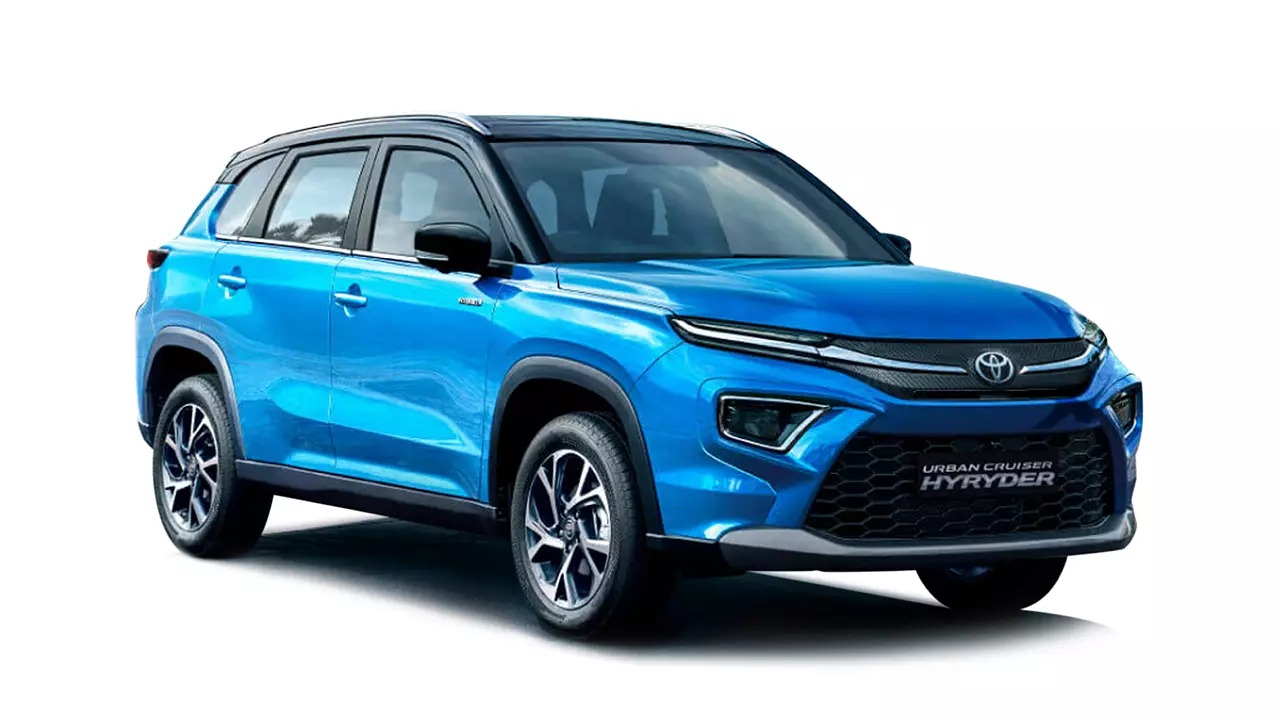 Toyota has launched the new facelift of Toyota Urban Cruiser Hyryder. It is a 5 seater Sub compact SUV in a price range of Rs.10.48 – 18.99 lakh (Ex-showroom). It is available in 2 engine options. It offers India’s strong hybrid engine option. It is offered in a four trims option such as E,S,G and V.

The all new Toyota Urban Cruiser Hyryder gets a modern design.From the front,it gets some changes with a crystal acrylic grille flanked by LED DRLs with a Chrome inlay draw which Inhance the front fascia. A black roof, dual-tone alloy wheels, and large cladding inhance the side profile. A C- shaped LED pattern and chrome inside on the boot provide better look at the rear profile.Toyota offered a four dual body colour and seven monochromatic colour options such as sporrting Red, Gaming Grey, speedy Blue, cafe white, Midnight Black, Cave Black.

The Toyota Urban Cruiser Hyryder comes with dual-tone black and brown themes interior with a silver inserts.It gets a new 9-inch touchscreen infotainment system with Android Auto and Apple Carplay and 55+connected car features, and a digital instrument cluster, wireless charger, both front seats ventilated, a panoramic sunroof, a heads-up display and automatic climate control etc. In terms of Safety It will gets, 6-airbags, disc brakeson all four wheels, VSC are also including.

The Toyota Urban Cruiser Hyryder is powered by a new 1.5-liter petrol engine with a self charging mild hybrid or strong hybrid tech paired with e-CVT. The powered produce by engine 91bhp and 122 Nm while the electric motor develops 79bhp and 141 Nm of torque. The combined output of this powertrain is rated at 114bhp. It will also offers a 1.5-liter mild hybrid petrol unit that develops 100bhp and 135Nm, paired with a 5 speed MT/6-speed AT and optional AWD.